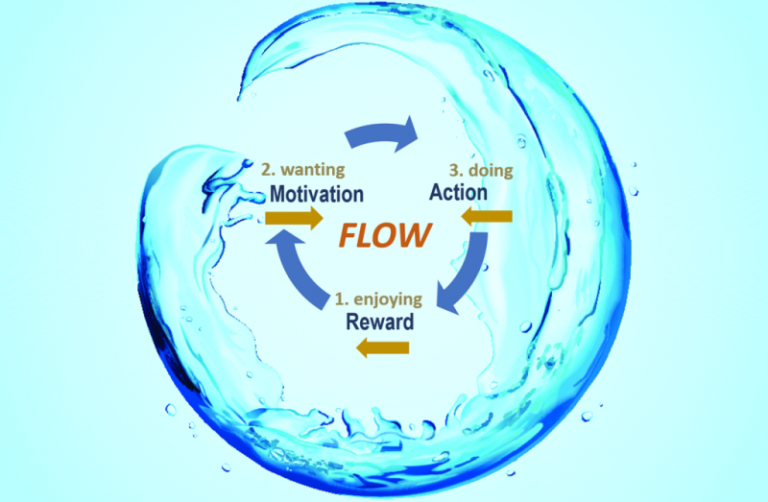 To accomplish our purpose, we must first be clear what it is happiness. We have found One definition of happiness that we agree more or less.

“Happiness is an emotional state… characterized by the feeling of well-being and fulfillment that we experience when we reach our goals, desires and purposes; It is a lasting moment of satisfaction, where there are no needs that press, or sufferings that torment.

Happiness is a subjective and relative condition. As such, there are no objective requirements to be happy: two people do not have to be happy for the same reasons or under the same conditions and circumstances”

We totally agree that it is about …

… a feeling of subjective well-being (the perception of each one of the facts and objective situations is crucial) and relative (we are happy in contrast to the moments of unhappiness) and as lasting as possible.

Personal fulfillment is also important. That is, happiness must have a broad sense, not a short-term satisfaction purpose. The search for immediate well-being is related to difficulties in postponing the reward, the trap of false happiness. We saw it in previous posts about impulsivity and fasting dopamine.

In short, we highlight three fundamental aspects of happiness: subjectivity, lasting and in the present.

We treat about happiness in terms of subjectivity in the post on meditation and resilience. Now we will focus on a source of happiness, and its explanation from neuroscience, which we do not remember so much: Flow, be in the zone.

It is very worth considering the idea of flow, because it is related to lasting happiness and in the present. The more we are in this state of mind, the more time we are happy in the present.

The concept Flow, flow, be in the zone, was coined by Mihaly Csikszentmihaly (1934-, of Hungarian origin, professor of psychology at several American universities, Chicago, Claremont, …).

Csikszentmihalyi considers flow as a source of human happiness. His book about flow has this title: Flow `a psychology of happiness’

He defines flow, being in the zone, as the ‘mental state in which a person, carrying out an activity, is completely absorbed in what he is doing, with great focus, energized, while enjoying the activity’s own process.

What characterizes the experiences and activities associated with the mental states of flow?

To better understand the idea of flow, and before moving on to the neuroscience of happiness, we can remember some personal flow experience.

For this we can think of some experience that we enjoy while we carry it out in a productive way. Being fully focused on the activity, while time goes by without realizing it.

From this experience that we have located in our memory, we can see what comes next.

Csikszentmihaly says that “the activities that lead to flow require skills and energy for carrying them out, while motivation and reward are embedded in the course of the experience itself, in the present.”

These activities are autotelic experiences (auto: in itself; telic: purpose), intrinsically rewarding. They are not carry out by the desire for a future benefit, but because the reward is in ‘doing’ itself. The motivation is totally internal and is in the experience itself.

These are challenging activities that require appropriate skills, with a balance between the level of the challenge and the skills themselves. If the skills are higher than the challenge, we get bored, if the challenge exceeds the ability, then we feel anxiety. (Fig. 1)

Actually, we are talking about a source of happiness related to the action. Not of happiness associated with tranquility, with rest. Although, during its realization we feel in control of the situation, with calm and without fear of failure.

In its course the mind is completely concentrated, in the present, it does not wandering. The activity becomes spontaneous. There is no mental space left to pay attention to other things, or to oneself. The ego disappears. While time seems to pass without noticing it.

In what kind of situations do each one usually flow? NeuroQuotient® helps us to understand the neuroscience of happiness related to flow.

We have said in other articles that the NeuroQuotient® model distinguishes two types of neuro behaviors (brain patterns of behavior): Efficiencies and limitations. The former provide satisfaction, they are a source of happiness, the latter quite the opposite.

The best demonstration of this opposite impact on the happiness of efficient and limiting neuro behaviors is that people want to increase the frequency and intensity of the former and decrease those of the latter (Figure 2).

Logically, the flow, being in the zone, will have to do with efficiencies and actions aimed at satisfying some internal need. In the NeuroQuotient® model, and from bottom to top in all four dimensions, the ‘action / need couples are as follows:

• I2, Help, empathize with others to create harmony in the environment and receive recognition.
• I1, Study and anticipate, to generate knowledge, learning and resources to face future uncertainty.
• A2, Doing, for the achievement of challenges (although the enjoyment is in the action itself, in the present).
• A1, Explore (internally, from the brain itself, or outward) to imagine/create and/or enjoy the present environment.

Each person can have deep-rooted one or several (even all) of these brain patterns of motivation and action. The strongest brain pathways are the patterns that facilitate the flow in each one. Those that lead to enjoyment, to a reward that is a source of happiness while  acting in the present.

And in the brain what happens? What is the brain process of the neuroscience of happiness in the flow?

Continuous cycles of reward (enjoyment), approach motivation (wanting) and action that drive the next cycle.

We see the brain process of the mental state of flow as small continuous cycles in time, where one drive the next. As a ferris wheel that has been launched and will not need more external energy to continue moving.

Let’s look at Figure 3. It is instantaneous enjoyment (1), the source of happiness, that brings motivation and energy. The one that gives rise to the chemical reward in the brain.

The reward produces more motivation, more unconscious wanting (2) to continue. Motivation drives the doing that leads to more action – from which it derives more enjoyment and reward (in the present) that energizes the new cycle. A continuum, without stopping.

And what are the brain systems underlying this neuroscience of happiness?

The whole brain is involved, but with greater preponderance of the reward system. In addition, in the body there is balance between the sympathetic and parasympathetic autonomic nervous system.

Let’s see now what brain centers and pathways are behind the flow, of being in the zone. More specifically where the neuroscience of happiness is grounded.

We believe that all brain systems are involved: reward, stress, threats or fear, prefrontal cortex. But to a greater extent the first two.

The reward system is the most important in the flow. It is the mesolimbic dopamine that is driving the internal motivation and the mesocortical dopamine that helps to keep the attention in the present. Motivation of approach and attention have the same neurotransmitter involved, dopamine. We saw it in the post about ADD.

Logically, the result of the action, enjoyment, pleasure, the source of happiness, will have to do with endorphins.

Although in memory, at the beginning of the first cycle, on the first impulse, there may be the search for tranquility in the face of future uncertainty. The unconscious memory of the amygdala calmed by GABA or oxytocin (in collaborative experiences). Or, even, quite the opposite, the search for an adrenaline ‘rush’.

Clearly involved is also the stress system. With balance between the sympathetic and parasympathetic autonomous nervous system. Do you know Heartmath, heart coherence? Cardiac coherence refers precisely to this parasympathetic sympathetic balance that we achieve when we are flowing and in the zone. A source of happiness, with focus and calm, less anxiety, less fatigue and less tendency to depression.

Finally, is there any risk with the flow, with this neuroscience of happiness?

Be careful an efficiency taken to the extreme can connect with the limitation! Chasing always a feeling of flow we can find the opposite result (anxiety, fatigue, difficulty concentrating, low self-esteem, etc). Indeed, there are risks. But it may be enough to become aware of it to avoid them.

According to the Hebb principle, the more we conduct ourselves in a certain way, the more underlying neuronal connections are reinforced.  As a result of that we behave more in this way and the brain pathways become stronger.

Great! We are reinforcing the neuroscience patterns of happiness. Where is the problem? Well, in that unconsciously or consciously we could start these neuro behaviors when it is counterproductive.

Because, efficiencies and limitations of the same level, are like both sides of a coin. When we have a great tendency to an efficiency (very powerful brain patterns) there is a risk of encountering on the side of limitation.

For example, going back to the motivations described above. It could be difficult to Say No when we have a great trend to focus on other’s needs (I2. Or that wanting to know everything and have everything planned (I1) we could start fear and stress. Or, perhaps, that we want to achieve results (A2) at the cost of treating others with arrogance. Even, with so much imagination (A1) we could find it difficult to concentrate and / or appreciate serious risks, evident to others.