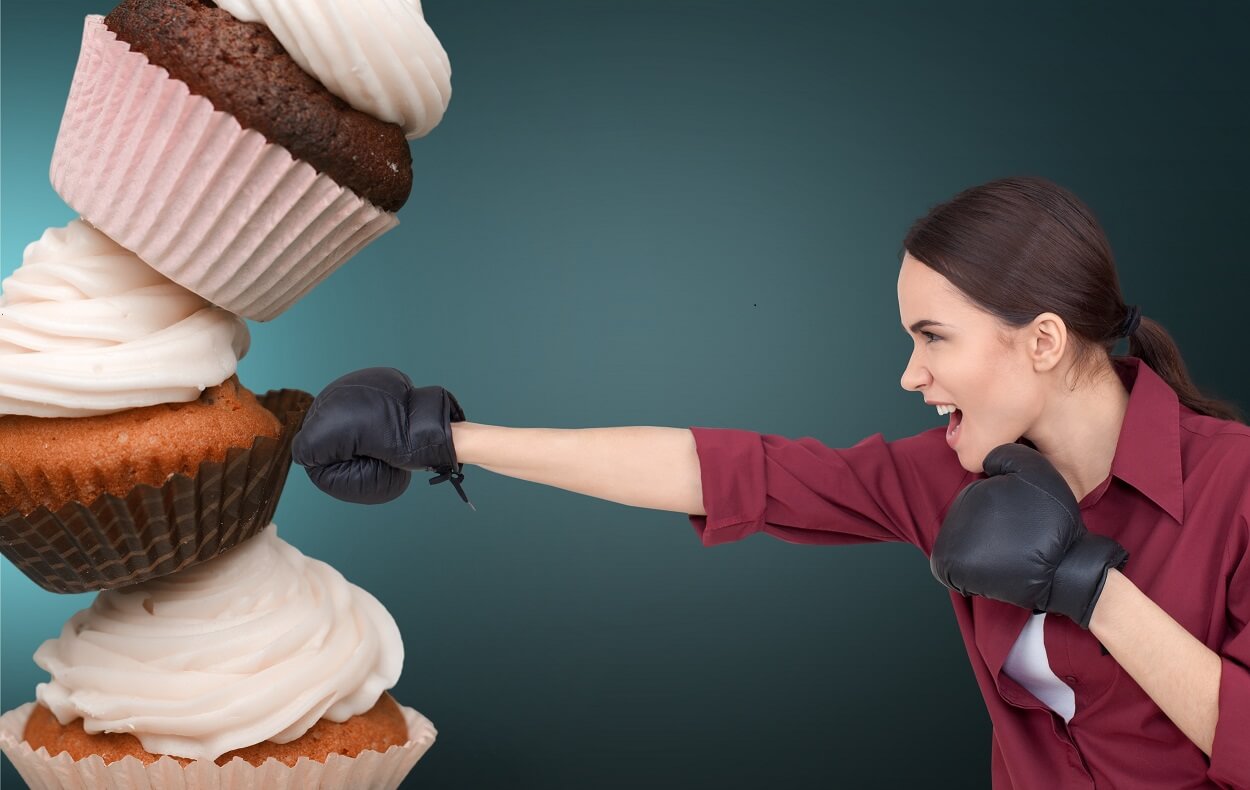 We see what the ‘Dopamine Fasting’ consists of an article by its creator, Dr. Cameron Sepah. Then we analyze it from the knowledge of the neuroscience of behavior provided by NeuroQuotient®. Dopamine fasting deals with addictive behaviors that begin impulsively. Its name can generate confusion seen from neuroscience; but the technique seems very interesting and, above all, very necessary.

One of the contributions of NeuroQuotient® is that it facilitates us the understanding of the neuroscience of behavior: Which are and how the centers and neural currents that underlie human behavior work. Always with the purpose of developing people, improving their satisfaction, well-being and, why not, their happiness.

From this, in this blog, we comment on different topics from the point of view of this understanding of neuroscience provided by NeuroQuotient®.

One of the sources of inspiration for the topics we discuss are the reviews from Neuroscience News. In this case specifically the publication: ‘Dopamine fasting: an expert reviews the latest craze in Silicon Valley’. The expert is Dr. Ciara McCabe and the publication is a literal transcript of an article in “The Conversation”.

(It is important to note that Dr. McCabe’s article is an excellent summary of the roles of dopamine in the brain).

However, the true origin of ‘Dopamine Fasting’ is a post by Dr. Cameron Sepah  published on August 2109: The Definitive Guide to Dopamine Fasting 2.0 – The Hot Silicon Valley Trend .

This article had a great impact on the media and more than 140 thousand visits worldwide. It also generated quite controversy, especially, following an article in the New York Times. Dr. Sepah did not feel very good about it and replied with another post in November 2019: Why the Media Lies to You about Dopamine Fasting: How Mocking Silicon Valley Trumps Sharing Science

What is Dopamine Fasting 2.0?

Dr. Sepah defines ‘Dopamine 2.0 Fast’ how “a Cognitive-Behavioral Therapy (CBT) technique to manage addictive behaviors, by restricting them to specific periods of time, and practicing fasting from impulsively engaging in them, in order to regain behavioral flexibility’’.

The objective is, therefore, to treat ‘addictive behaviors’, that are initiated impulsively, to regain flexibility in behavior. We understand behavioral flexibility as self-management or self-leadership.

Some of the addictive behaviors that Dr. Sepah deals with ‘Dopamine Fasting’ are:

All of them are addictive behaviors that are worthy of being aware of the importance of reducing them, as they interfere with optimal social, school and work performance.

How are these behaviors triggered?

Dr. Sepah explains it to us through ‘classical conditioning’. Pavlov’s dog, remember?

Pavlov, every time he fed the dog, he rang a bell. Later, after repeating it several times, the dog salivated just by listening to the bell. That is, an initially neutral stimulus (the bell) becomes a ‘conditioned stimulus’ that triggers behavior (salivation). It is not necessary that the food (unconditioned stimulus) is present for the dog to start salivating; just ring the bell is enough.

In the addictions referred to by Dr. Sepah, the ‘conditioned stimulus’ is, for example, the presence of a specific food that triggers the response of ‘eat emotionally’. The mobile phone, or a computer, starts the behavior of ‘Internet gaming’. Etc.

This is why one of the Cognitive-Behavioral Therapies (CBT) techniques used in ‘Dopamine Fasting’ is ‘stimulus control’.

‘Stimulus control’ consists of something as logical as, for example: ‘’Move the stimulus away or make it difficult to access’. If we do not have the mobile phone or the computer at hand, it is difficult for us gaming online.

The ‘Dopamine Fasting 2.0’ recommends the use of another CBT technique called ‘exposure and response prevention’. It is about, after the conditioned stimulus, exposing we to the negative internal sensations that derive from not participating in the conditioned response.

To do this, we can, as Dr. Sepah suggests:

“Notice  when the impulse arises, and that thoughts and feelings you are experiencing at this time.”

Or “observe the desire to engage in the conditioned response and come and go to it without giving into it.”

In short, it is about weakening the ‘classic conditioning’ to restore behavioral flexibility.

First, let’s get closer to the NeuroQuotient® language. From now on, let’s talk about neuro behaviors. A neuro behavior is a habit or a pattern of behavior that unites doing, thinking and feeling, and that has neuronal substrates.

With the ‘Dopamine fasting’, then, addictive neuro behaviors are treated. Neuro behaviors that are impulsively triggered and resulting from a classical conditioned learning. Behind these neuro behaviors there are some neural pathways that, as the Hebb, principle tells us, are reinforced with their use. Cognitive-Behavioral Therapies (CBT) try to stop using them so that these neural connections are weakened.

Where does the great impact of the post of ‘Dopamine Fasting 2.0’ come from?

We have no doubt that the explanation of the impact of the article is in its title, ‘Dopamine Fasting’. Specifically, in the word dopamine. The word dopamine appeals. It is a word that ‘seems’ to include its own meaning. Dopamine suggests doping, drug, pleasure. But, we say ‘seems’ because pleasure, as we saw in a previous post Neuroscience and coaching. Neurocoaching for leadership – NeuroQuotient®. It is not in dopamine, but in endorphins. Dopamine is at the beginning of neurobehavior, in motivation. It is also in anticipation of the reward, in wanting, as Dr. McCallum tells us, not pleasure.

Where are the stimuli that trigger impulsively the addictive behaviors? Are them only about external stimuli?

It is clear that there are external cues that act as conditioned stimuli (certain foods, the mobile phone, …). The sensory perception of these signals triggers the corresponding addictive neuro behaviors.

But our sensory brain that connects with the limbic systems, does not distinguish between signals directly perceived from those imagined or remembered. We come back to the wanting. It is likely that the trigger, the stimulus, of addictive neurobehavior is in our thinking or imagination or in the internal sensations. Many times the impulse is not generated directly by the presence of a specific food or mobile phone, etc. It can be enough of thinking about them or even by an unconscious internal sensation.

For this reason we would add a CBT based on becoming aware of what the real trigger is and where it is and what happens just before it.

The idea is that if we identify the real stimulus we can try to turn it into an anchor that triggers a new healthy alternative neuro behavior. Neuro beahvior that we will have previously designed.

Dopamine Fasting deals with addictive behaviors that are triggered impulsively. So, let’s see it now from the point of view of impulsivity.

One of our conclusions was that behind impulsiveness was the most generic habit of immediacy and the difficulty of postponing the reward. I want it now! We attributed it, in part, to a consequence of being long ‘connected to a screen’.

(Dr. Cameron Sepah tells us that the need for ‘Dopamine Fasting’ is not exclusive to Silicon Valley. We totally agree. But it may make sense that the trend starts there.)

In the same post we remembered that this impulsiveness and difficulty in postponing the reward was a symptom of ADD (Attention Deficit Disorder). On the other hand, in an earlier article, about ADD, we had seen the relationship between ADD and dopamine.

And it is that in the main ADD symptoms (lack of attention, lack of motivation and difficulty to generate healthy and empowering habits) dopamine is involved. But, all of them are attributed to a lack of dopamine. For this reason, dopamine enhancers are used to treat ADD pharmacologically.

a great name for therapy but with little foundation from neuroscience

In conclusion, we think that it is not about Dopamine Fasting. It is very likely that there is no excess of dopamine, but lack of dopamine.

In short, we think that ‘Dopamine fasting’ as the name of the technique created by Dr. Sepah is excellent from a marketing point of view. It is very suggestive and easy to remember. However, it probably does not have much to do with what really happens in the brain.

But welcome be as soon as this therapy is useful for people to improve our self-leadership, well-being and happiness.

Finally, what does NeuroQuotient®, and our experience, suggest, to go further in the treatment of these addictive behaviors?

We have seen that ‘Dopamine Fasting’ is explained by ‘classical conditioning ‘. Let’s go back to it.

Imagine Pavlov’s dog. We can agree that the unconditioned stimulus can be attractive (food), but it can also be aversive (blows with a stick, for example).

We can make the dog learn that the bell is followed by hitting (the dog) with a stick.
The learned conditioned response will be escape from the bell. In the case of ‘food’, conditioned neurobehavior involves the reward system. In the case of ‘blows’ it is connected to the Tread (or Fear) system.

In humans, one of the most common aversive conditioned behaviors are phobias. In phobias a stimulus triggers a fear response.

On the other hand, our experience tells us that an excellent technique for the treatment of phobias is the TIPI (Luc Nicon).