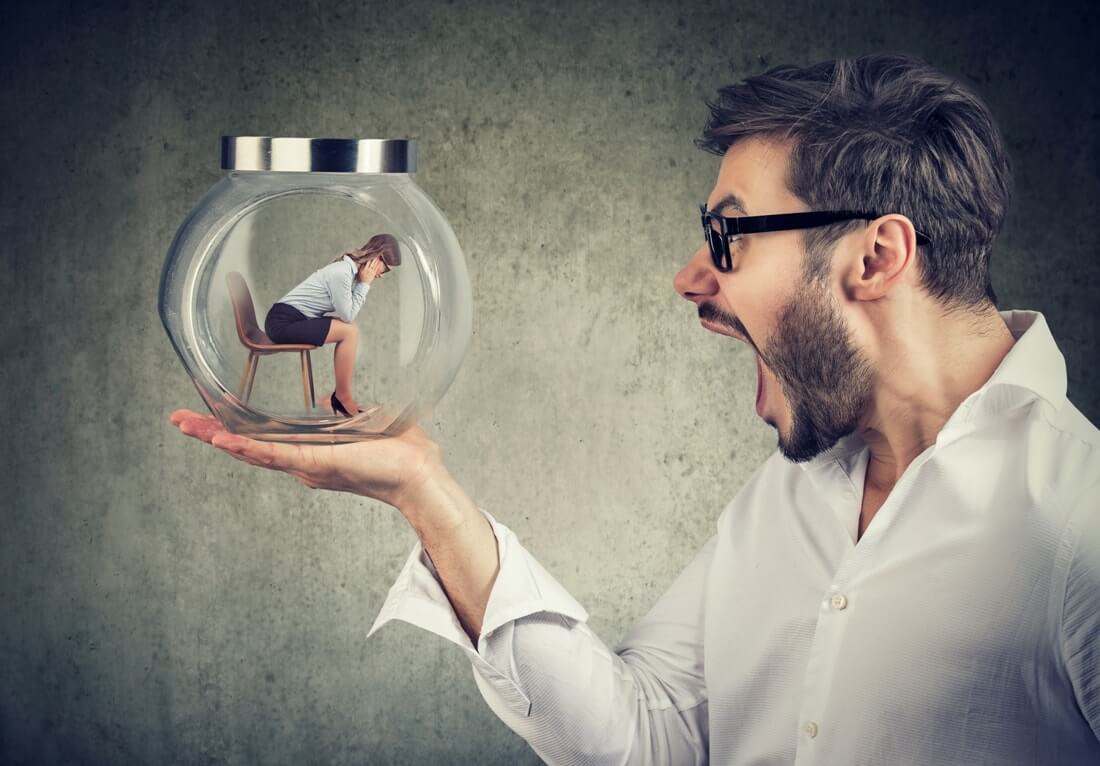 Leading with anger or aggressiveness, even, is quite frequent. We have all experienced situations directly or indirectly. Situations in which someone tries to achieve their goals at the expense of others, screaming, threatening, sometimes attacking and hitting. We have experienced it as receivers and, perhaps, although it is not easy to recognize it, as principal actors.

We will explore the brain foundations of leading with anger or aggressiveness and the consequences, social impacts, in the organizations, companies etc of acting like that.

Actors in the leadership. Leaders and followers.

When we talk about leadership we tend to think only of the great political and organizational leaders. Those who say they rule or want to rule the destiny of the world. Among the first we could cite some examples of leading with anger or aggressiveness. More than one wants to fix (?) situations by treating others not fairly and looking for their submission.

However, here we want to cover much more. We will include all those people who have the possibility of influencing others. Mainly in working organizational contexts, without ruling out other collective or family environments.

One of the central objectives of NeuroQuotient® is to boost the development and satisfaction of people. So, when we talk about leadership we are touching, in some way, the satisfaction (happiness) of each one of us. It depends on the influence that each one of us exercises or receives. When leading with anger or aggressiveness the received influence does not seem, a priori, that it must be very satisfactory.

‘In the leadership there are two key concepts: Influence and achievement of objectives’

Let’s look at the definition of leadership based in the Wikipedia:

“Leadership is the set of skills … that an individual has to influence the way of being or acting of people or in a determined group, making this team work with enthusiasm towards the achievement of their goals and objectives.”

In this definition we find two central ideas. One, that we already mentioned before, ‘Influencing people … generating enthusiasm’. Another, the focus towards the ‘achievement of goals and objectives of the team’.

The influence generating enthusiasm will be discussed in the following posts.

Let’s focus on the ‘achievement of group or team goals and objectives’, because here is the key to understand leading with anger or aggressiveness.

At an individual level, for the achievement of goals and objectives, the most important competence is the “results orientation”. In this competence are implicit the ‘initiative’, the ‘self-confidence’ and being motivated by challenges and their achievement’.

Leadership is about influencing to achieve results and tangible objectives through others. Without forgetting the own results and objectives, obviously.

Leading with anger or aggressiveness, is characterized by prioritizing the own results and considering others as a simple resource to achieve them.

It is necessary to make a precision here. We are not advocating a leadership exempt of demanding!  Demanding is taken for granted in any style of leadership. It is not about ‘being good’ or ‘laisser faire‘. We are only raising objections to the high demanding leadership with anger or aggressiveness.

Commenting on the book ‘La Guía Práctica de Introducción al Feedback desde la neurociencia con NeuroQuotient®’) we highlighted a very important competence to give feedback: Demanding – Empathy. Or a similar balance, Tough-Love, one of the dichotomies that poses Robert E. Quinn on the book ‘Buiding The Bridge as you Walk on it’. In fact, empathy and appreciation are key to assertive leadership and to overcoming leading with anger or aggressiveness. We’ll see in a later post.

What happens in the brain in leading with anger or aggressiveness?

We have already talked about the threat or fear system in previous posts. But, so that we can better understand what happens in the brain in leading with anger or aggressiveness, we need to do it again.

When an animal perceives a threating cue with its senses, its brain’s amygdala (s) are activated, guided by its species memory. The sensory signal arrives (through the thalamus) at the same time to the memory (hippocampus) and to the threat and reward limbic centers. Except the olfactory signals that go directly to the motivational limbic centers. Then, three answers are possible: fight (cope with the threat); flight (when the threat is very great) or freeze (stay still, abandon, if the threat is excessive).

Then, to escape or fight, the fast path of stress is activated. The sympathetic autonomic nervous system. Adrenaline is released in the blood, from the adrenal glands. The heart beats faster, the bronchi expand, etc … And let’s go to fight or to run.

The animals ‘fight’ mainly to face threats and defend their territory and their survival (individual or the species). Fighting for the survival of the species occurs, for example, when chamois male struggles with another so that the strongest genes prevail. Also, when the bear mum defends its offspring from a predator.

What happens with humans?

The prefrontal cortex (PFC) is the brain element that most distinguishes us the humans. It gives us the ability to think, learn and focus attention. With it, we not only pay attention to the external sensory signals, but we can explore within. Our brain does not distinguish between what we perceive directly from what we remember or imagine.

When we focus our attention on objectives and the achievement of results, we start the reward system and we are motivated for action. Then, by investing energy in action, and / or influencing the action of others, we can achieve these results. It is a healthy mode of the ‘fight’ side of the threat system. When achieving results (the success) is recurrent, we gain security, self-confidence. Each time we feel more capable of facing more daring challenges. And with their achievement we are improving in our competence as leaders.

However, when the focus on individual results is very large and it is difficult to reach the challenges we face, we can generate a threat in our brain.

In this way, we start, internally, the fear and the fight side of the threat system. Fear (activation of the amygdalae) and then the stress that we expel with anger or aggressiveness.

We forget the collective objectives and we are ready to lead with anger or aggressiveness. ‘Fighting against’ and attacking the team members themselves. Blaming them of the difficulty of reaching the objectives, punishing them and demonstrating it explicitly in an angry manner.

Be careful, we cannot rule out that this way of acting, for some people, is a functional way to get rid of most of their stress. Obviously, it is functional for the issuer, but toxic for the satisfaction (happiness) of the environment. However, in most cases they do not get it, and there is a lot of stress that still remains inside of them. The results are toxic for everyone, for the leader (?) itself too.

What are the consequences, the impact, of leading with anger or aggressiveness?

What happens to the environment, to the people on the team we supervise and to the colleagues?

Leading with anger or aggressiveness or ‘command and control’ or ‘the boss is always right and if you argue you are a rebel’ was the only leadership style used in the past and is still going on. A style that, perhaps, works in the short term, sometimes. But with the new generations and current societies, indisputably, no.

Let’s focus on the organizations, in the business world.

When leading with anger or aggressiveness, what can be the answer?

Once again, when our brain perceives something as a threat, the response will be ‘fight’, ‘flight’ or ‘freezing’. In Fig. 1 we have illustrated the three most likely reactions to a boss leading with anger or aggressiveness.

In an organization or a company fighting very rarely means a physical struggle. Anger or aggressiveness translates into screams, threats, boycotts and nonverbal aggressive expressions. The main consequence is the deterioration of trust, if it ever existed. And, without confidence there is no team.

It is relevant to comment that, as emotional receiving aerials that we are, we sometimes perceive some people as an obstacle towards the achievement of our goals. These people end up becoming anchor triggers. They trigger our fight instinct, which we then express with anger or aggressiveness. This emotional basis leads us to thoughts and memories to justify the anger we feel and cause the amygdala to be lit even more and the aggressive rejection towards them.

As for the flight, again, it is not physical in the immediate.  But, there is flight in the short term, of the most capable people. They do not run away with the shouts and lack of respect on the part of the boss, but they study and prepare their future options. At the least opportunity that appears, they leave the company.

Also, how do we not run away immediately, we are somatising the stress. Because the sympathetic autonomic nervous system does get going, even if we do not run away. Being continually stressed we end up with anxiety. Sooner rather than later we can arrive at the third answer: ‘freezing’.

The third consequence of leading with anger or aggressiveness is submission. Only those who have less initiative, fewer capacities, and skills, and fewer options remain in the company.

Leading with anger or aggressiveness is a limiting leadership style. Exercising a toxic leadership, creating fear and negative stress on the team, decreases the possibility of achieving the objectives.

Another thing is that the leader intends to apply a policy of ‘scorched earth’, then it is very well oriented.

We are sure that in order to influence others, to awaken their internal motivation, it is more efficient to understand them (with empathy, one of the dimensions of emotional intelligence) and try to connect them with their reward system. And, if it were necessary to show a high demanding level, do so with assertiveness (understood as the balance between aggressiveness and passivity).

Also, to take advantage of the emotional aerials to transmit enthusiasm and resonate it with other people. Example: The New Leaders (KEY) by Annie McKee (Author), Richard E. Boyatzis (Author), Fran Johnston (Author)

Neuroscience in Companies. Neuroleadership with NeuroQuotient